Borneol is one of the most popular terpenes used in the perfume industry due to its cool, minty, and spicy scent. The application of borneol far outreaches its cosmetic benefits though, and has an established history of use in a variety of healing capacities.

Borneol, like eucalyptol, has a distinctively camphor-like aroma. But compared with eucalyptol, borneol has a slightly earthier, funkier smell. Think of camphor’s minty cooling spice mixed with a hit of balsam and damp dirt and you’ll get the idea.

Borneol is most commonly found in camphor but can also be found in a multitude of plants around the world such as ginger, thyme, rosemary, sage, marjoram, cardamom, cinnamon, mint, nutmeg, sagebrush, tarragon, turmeric, wormwood, mugwort, sunflowers, artemisia, and cannabis. It has been used in Chinese medicine to treat chronic and acute pain since roughly 475 – 221 BC as what is known as “moxa,” which is compounded from mugwort. 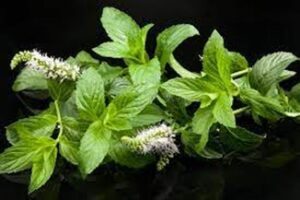 Modern science continues to confirm that this terpene has powerful healing applications such as the systemic and topical1 use treat pain without drowsiness,2 unlike many western pain relief medications. Borneol also has significant medicinal and therapeutic implications in cancer treatment,3 as an anti-inflammatory,4 cardiovascular treatment (anti-coagulant),5 antioxidant, neuroprotective (potential prevention and treatment of Alzheimer’s Disease),6 antiseptic, bronchodilation, gingivitis treatment,7 and digestive tract facilitator. Borneol also has therapeutic applications in the treatment of anxiety, mental clarity8 and energy, memory retention, and overall wellness. 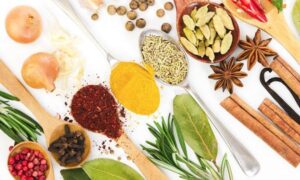 What’s more, borneol has been found to have compound “synergistic effects” when combined with other terpenes, cannabinoids, and medications because it lowers the blood-brain barrier9 which allows greater absorption of other medicines a patient might receive.10 Studies have shown that the terpene may very well be an effective healing agent against the West Nile virus and other mosquito-borne and parasitic diseases.

Borneol also contains antiviral properties, and is a powerful inhibitor of herpes simplex virus type 1. If that’s not enough of an impressive resume, this botanical powerhouse ingredient can also aid in the reduction of heart disease and help fight cancer. 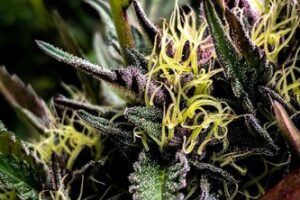