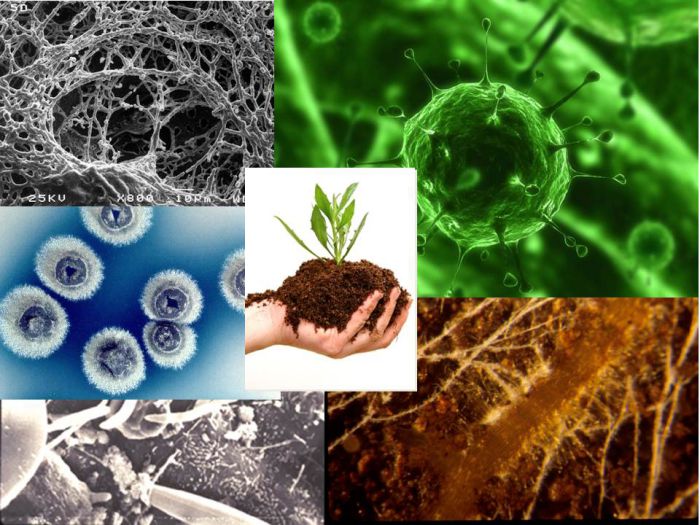 The advantages of beneficial micro-organisms in the garden are multifaceted, and experts believe their use will continue to expand throughout the horticulture industry.

Soil is so much more than just dirt. It is packed full of biological activity, and many growers consider it to be a living thing. In the last 10 years, researchers have started to understand just how important the biological activity in soil really is. Long-term use of chemical fertilizers, pesticides and herbicideshas caused significant damage to the network of micro-organisms naturally found in soil.

We are starting to understand that without a healthy, living soil, sustainable horticulture is impossible, and as we continue to learn more about the intricate roles micro-organisms play in the soil, we see more methods, techniques and products aimed at maintaining the soil’s biological activity.

Beneficial Bacteria in the Garden

There are many different types of beneficial bacteria indoor growers can use in the garden, the most common being soil-borne beneficial bacteria. There are many different strains of bacteria that live underground and provide benefits to plants. Depending on their strain, these bacteria help break down organic matter, add to soil composition, facilitate nutrient uptake and help protect plants and their roots from pathogens. 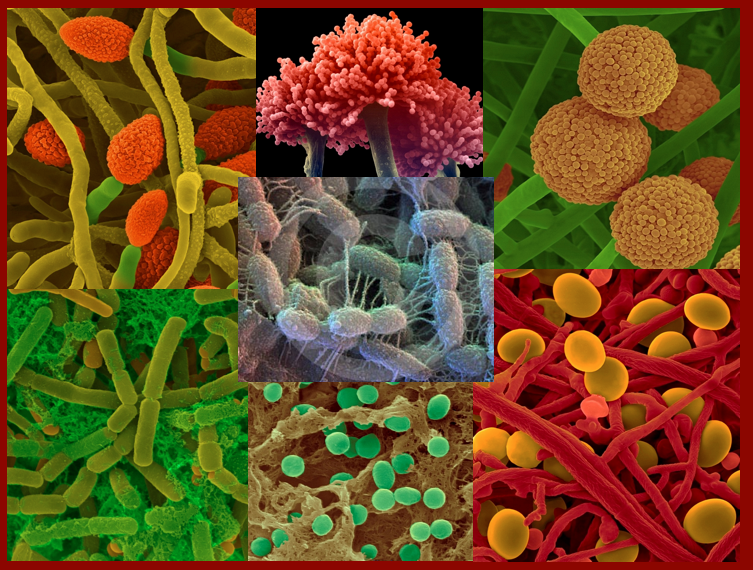 These bacteria are administered via foliar spray & are only effective where they make direct contact with the powdery mildew.

Beneficial bacteria have also made their mark as pesticides, especially for indoor plants. The bacterial species Saccharopolyspora spinosa is used as an effective, general-purpose insecticide due to its ability to affect the way an insect digests its food & the way it molts. Basically, bacteria break the insect’s life cycle so it cannot reproduce.

Another bacterium commonly used as an insecticide is bacillus thuringiensis. Commonly referred to as BT, this beneficial bacterium is effective at controlling soft-bodied insect populations. In general, bacteria-based insecticides are much less toxic than their chemical counterparts. 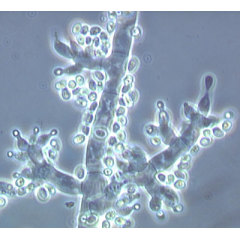 In an indoor garden, trichoderma are most commonly used as a preventative defense against pathogenic fungi. Trichoderma are specialized fungi that feed on other fungi, but it is actually the enzymes released by the trichoderma that give these microscopic, defensive all-stars their power.

Trichoderma have gained a reputation among indoor growers as being soil pathogen preventers. In fact, when a large population of pathogenic fungi exists in the soil, trichoderma increase chitinase production and feed almost exclusively on the pathogens.

Trichoderma also release another enzyme beneficial to indoor growers: cellulase. Cellulase are beneficial to the garden in two ways. First, cellulase aid in the breakdown of organic material in the soil, turning it into readily available nutrients for the plant. Second, cellulase can penetrate root cells.

How can penetrating the cell walls of roots be beneficial?

It turns out that when the cellulase penetrate the root cells, they automatically trigger the plant’s natural defense system. The plant’s metabolism is stimulated, but no real harm is caused to the plant. In this regard, trichoderma has a synergistic relationship with plants. Trichoderma feed on sugars secreted by roots, while the plants develop a heightened resistance against pests and pathogens.

The beneficial micro-organisms most commonly supplemented by indoor growers are mycorrhizae. Mycorrhizae are naturally occurring fungi that form symbiotic relationships with more than 90% of the world’s plant species, so their presence in the soil is imperative. Many soil companies are now incorporating mycorrhizae into their soils. You may even find that your favorite soil or medium is now being sold with added mycorrhizae, and even some lawn-care products now contain mycorrhizae. 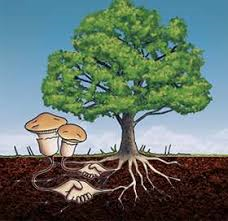 There are a couple ways to supplement mycorrhizae in an indoor garden. Powder and liquid concentrates of mycorrhizae are available, which allow you to inoculate any type of medium or hydroponic system. The symbiotic relationship between mycorrhizae and roots may be the most important relationship in organic horticulture.

Essentially, mycorrhizal fungi become an extension of the root system and further their reach into the depths of the soil. This extension broadens the plant’s access to vital nutrients. As mentioned before, mycorrhizae have synergistic relationships with plant roots. The extending web of mycorrhizal fungi assimilate nutrients for the plant and the plant’s roots secrete sugars or carbon for the fungi to feed on.

Endomycorrhiza are mycorrhizal fungi whose hyphae (long, branching filamentous structures of the fungus) penetrate the plant cells. Instead of penetrating the interior of the cell, the hyphae manipulate the cell membrane, turning it inside out, which increases the contact surface area between the hyphae and the cytoplasm. This helps facilitate the transfer of nutrients between them while requiring less energy than would otherwise be needed by the plant to do so. This specialized relationship increases the efficiency of nutrient uptake.

Ectomycorrhiza are a group of fungi that have a structure surrounding the root tip. Ectomycorrhiza essentially surround the outer layer of the root mass. In nature, vast networks of ectomycorrhiza extend between plants, even if they are of different varieties, and allow plants to transfer nutrients to one another. The ectomycorrhiza act as a super highway for the transfer of nutrients.

Although supplements in powdered form generally have a longer shelf life, micro-organisms are living creatures and their effectiveness dwindles as they age and die out. Liquid formulations tend to have a shorter shelf life, so you should plan on using these formulas more quickly.

As scientists learn more about the complex world of micro-organisms and how they affect horticulture, we get closer to creating the ultimate indoor growing environment. Organic growers are paying close attention to the development of beneficial micro-organism products.

Beneficial micro-organisms in the soil or grow medium boost nutrient uptake, aid in the breakdown of organic matter and increase a plant’s natural defense mechanisms. Whether they are used to treat powdery mildew or combat a pathogenic insect, certain micro-organisms get the job done without the environmental impact associated with harsh chemical treatments.