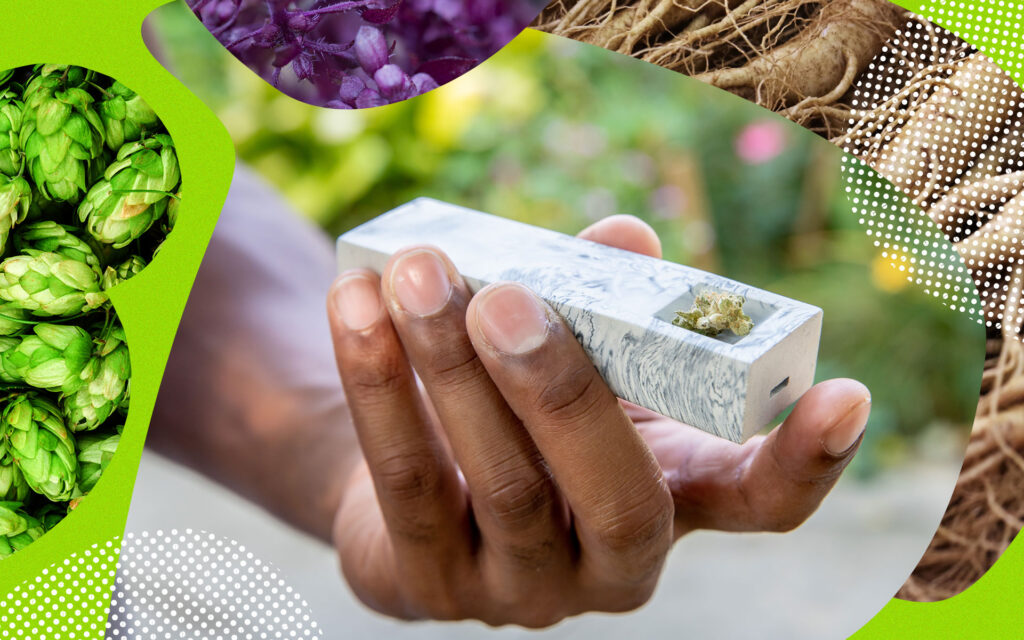 Humulene is a common cannabis terpene boasting a subtle earthy or musky aroma with spicy undertones. Classified as a sesquiterpene, much like caryophyllene, humulene is abundant in hops, sage, ginger and ginseng. Humulene has also been used for centuries in Chinese medicine.

Humulene has earthy, woody, and spicy notes that give hoppy beers their distinct taste and aroma, they are also partly responsible for giving cannabis some of its unique scent. Both hops and cannabis share this 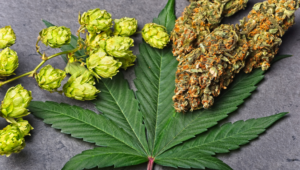 common terpene. But there’s more to humulene than its herbaceous charm. This terpene is found in a wide variety of plants and has been used for centuries in holistic Eastern medicinal practices. Humulene is also no stranger to modern biomedical research, including studies on black pepper, hops, and ginseng, and research has proven it to be an effective anti-inflammatory, antibacterial, and an appetite suppressant.

The medical and therapeutic potential of humulene is expansive and well-researched. Multiple studies from 2003 through 2016 show that it may also help terminate cancer cells when combined with phytocannabinoids and other terpenes.

Humulene has a close biogenic relationship with caryophyllene, as they may amplify each other’s anti-inflammatory properties. This is likely due to humulene being an isomer of caryophyllene, which means they share similarity in their molecular formation but with a different chemical structure. As caryophyllene is often associated with gut health, humulene can act as an appetite suppressant when highly present in cannabis. 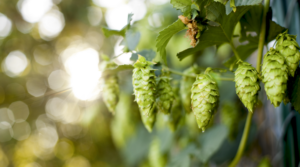 The potential of humulene to be an effective agent against cancerous tumor growth was researched in May 2003. Another study from December 2007 suggests anti-cancer potential may be increased by the presence of both humulene and caryophyllene. Humulene’s systemic anti-inflammatory and antinociceptive properties were examined in a November 2008 study, which also looked at topical applications.

WHAT CAN HUMULENE TREAT?

Humulene does it all, but works best against bacteria, inflammation, and tumors. Unlike most strains, humulene-rich cannabis is also anorectic, meaning it suppresses hunger.

This terpene has been used in Chinese medicine for generations in a wide variety of applications, but is most popular now for: 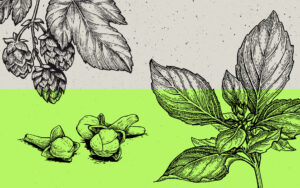 Humulene’s anti-inflammatory properties, in particular, are so strong that the terpene has been compared to the steroid dexamethasone, which is listed as one of the WHO’s most essential medicines.

The most common humulene-infused strains include: 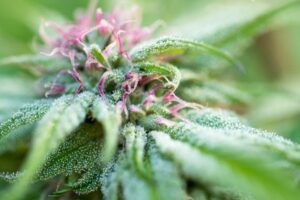 Pink Kush: This indica-dominant strain gets its name from the tiny pink hairs that sprout from its buds. Pink Kush is known for overpowering potency; even a small dose may work wonders for pain, insomnia, and weight loss.
Sour Diesel: Sometimes called Sour D, this sativa-dominant strain is named for its pungent, diesel-like aroma. Its energizing, dreamy effects may relieve stress, pain, and depression.
Headband: Famous for distinctive notes of lemon and diesel and as a long-lasting, relaxing remedy that may help ease pain and stress. Headband gets its name from the slight pressure some patients feel around the crown of their head after consuming it.
GSC: Formerly known as Girl Scout Cookies, this hybrid brings full-body relaxation. Patients often look to GSC for relief of severe pain and nausea.
White Widow: An earthy hybrid which may provide a powerful burst of euphoria, energy, and creativity. White Widow also contains myrcene.

Humulene is effective taken topically, orally, or even by aerosol in forms other than flower. It’s added to balms and salves, for example, as topical relief for pain and inflammation. Plus, humulene’s anti-inflammatory, anti-cancer, and anti-appetite forces amplify when combined with its cousin, beta-caryophyllene (β–caryophyllene), the “dietary cannabinoid” of terpenes.